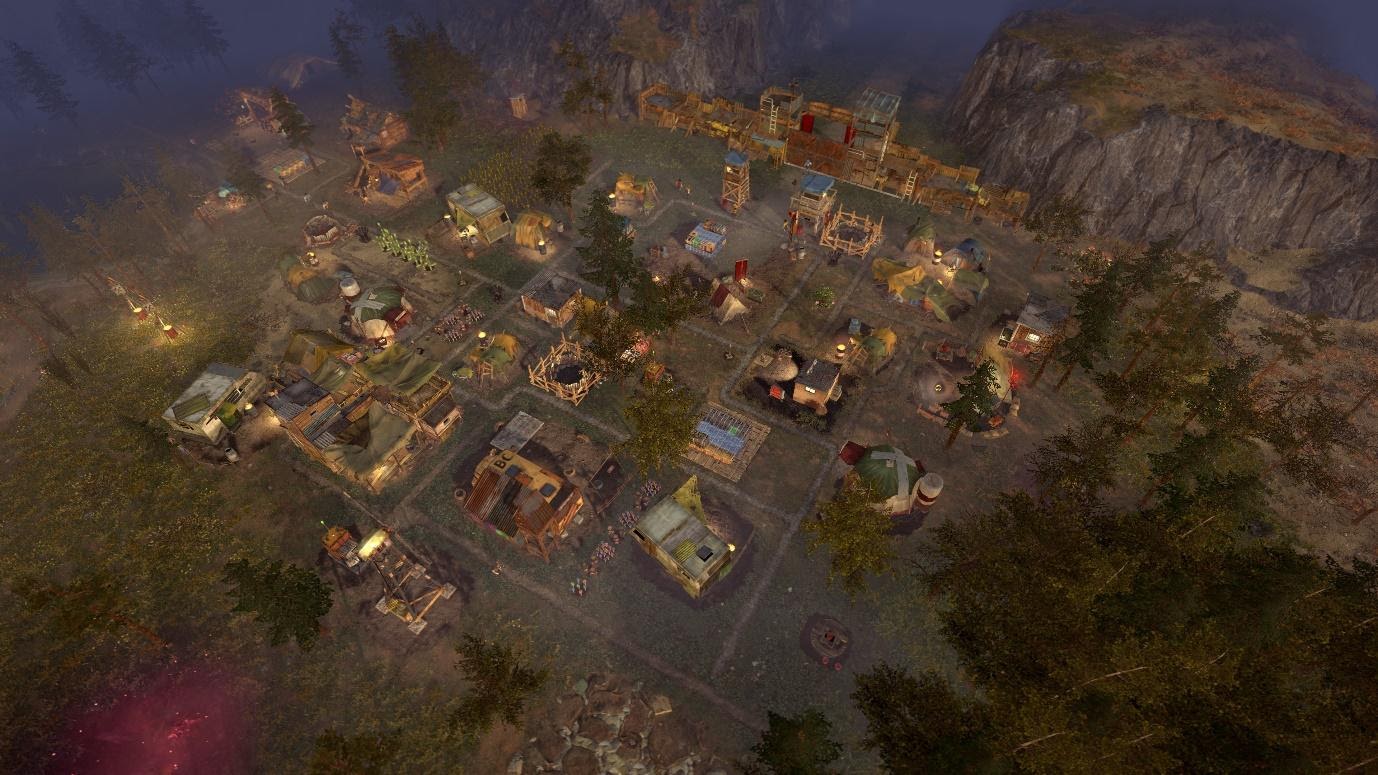 In my main settlement, the motto is “Take us to Mars!” in reference to Surviving Mars. Surviving the Aftermath is the follow-up in the ‘Surviving’ metaverse to the space-themed colony builder. Initially, my expectations were that my colony were trying to make a living for themselves in preparation to move onto the red planet at some point. Sadly, the truth is much less optimistic; you aren’t waiting around just to head into the stars for your next home, you are simply trying to survive a hostile post-apocalyptic world.

Having been in Xbox Game Preview for some time, Surviving the Aftermath has made the big jump to full release. It has had some bumps along the road – perfectly acceptable for an early access title – but the main release appears to have ironed most of those issues out.

Similar to its sci-fi predecessor, Surviving the Aftermath is another sim-management colony builder. It takes place after a world-shattering event. Humanity is on its knees, radiation has altered Mother Nature’s hard work substantially, and the world is a more hostile place than ever. Starting off with only a handful of survivors and two Specialists, you must turn this procedurally generated plot of land into a thriving community.

During the setup phase of your new colony, you can choose to have tutorial hints on or off. These will pop-up along with various other notifications to helpfully guide you to what you should be doing. Once you are up and running, these hints can be very useful, however, in the initial stages they aren’t much use. They either don’t fully explain themselves in terms of what you need to do or miss crucial information out altogether. You are better off figuring things out for yourself during your first couple of hours.

Survivors are your standard units; the ones that build, repair, hunt and forage. The dogsbodies of your community. Specialists are more advanced units. They do not serve much purpose until you rebuild your community’s front gate, but after that your Specialists can traverse the world map. Here, they can find additional resources, defeat hostiles and further explore the world outside your encampment. Later on, these Specialists can help set up new outposts in the wilderness for a variety of reasons to help make survival a little bit more bearable.

You aren’t alone in making a go of it; as well as the hostiles there are other, friendlier camps. Progress far enough in your research and you can begin to trade resources with them.

Surviving the Aftermath is naturally open-ended, as you can keep your camp going for as long as you like, but there is also an end goal to achieve. Quests will appear at random points too and whilst some are shorter, one will have you discovering various old-world structures and trying to understand them. Figure these out and you can begin to build the ultimate structure and ensure your survival permanently.

At times you will also be served up a short dilemma to resolve. These tend to lean into making some difficult decisions, with topics present such as depriving the children a bit of fun or how to deal with other survivors that come knocking. Pick the most amicable answer and the overall happiness of your camp is raised slightly. There aren’t all that many different problems to solve however, and even after a short time you will be repeating them.

It is hugely important in keeping the happiness of residents as high as possible. Those that aren’t happy may turn hostile if things don’t improve.

New survivors entering your camp are also subject to this happiness rating, and some will even turn hostile instantaneously once you have granted them access. Regardless of this being a bug or design flaw, it is frustrating to have to gun down new residents immediately after granting them access. Others that also join at the same time as them will waltz through to your camp regardless too.

As well as this, there are Catastrophes to contend with. Surviving the Aftermath features a customisable difficulty percentage, and you can tailor the difficulty to how you see fit, from changing the frequency of these Catastrophes, to the amount of resources available to scavenge.

Catastrophes are post-apocalyptic weather events that will test your current camp setup. For example, a winter storm will require burners and firewood to keep residents alive, or a nuclear fallout will up the cases of radiation sickness. As best as you prepare for these events, casualties are expected.

Surviving the Aftermath isn’t concerned with you having the highest population count, the clue is in the title. You are focused on surviving. It will throw a lot at you to reduce your headcount and for the majority of the game you feel like your head is barely above the surface. One wrong decision or surprise element could spell disaster. It replicates the feelings felt during Surviving Mars extremely well in that sense, and you can easily see why these games are brought under the same ‘Surviving’ banner.

All this adds up to an enjoyable sim builder title. But that is all Surviving the Aftermath is, as it doesn’t provide anything new to the genre, nor to the post-apocalyptic setting it chooses to adopt. There is this constant feeling that something new is just around the corner as its progression and upgrade system speed is spot on, but unfortunately nothing new comes and you are left with a sense of familiarity throughout. There is a lot to enjoy, but if you have played any city builder before, there isn’t anything new here that you won’t have seen before.

As it is, Surviving Mars is still the ‘Surviving’ game you should choose out of the two.

Make a living for yourself in Surviving the Aftermath on Xbox

Be the first one !