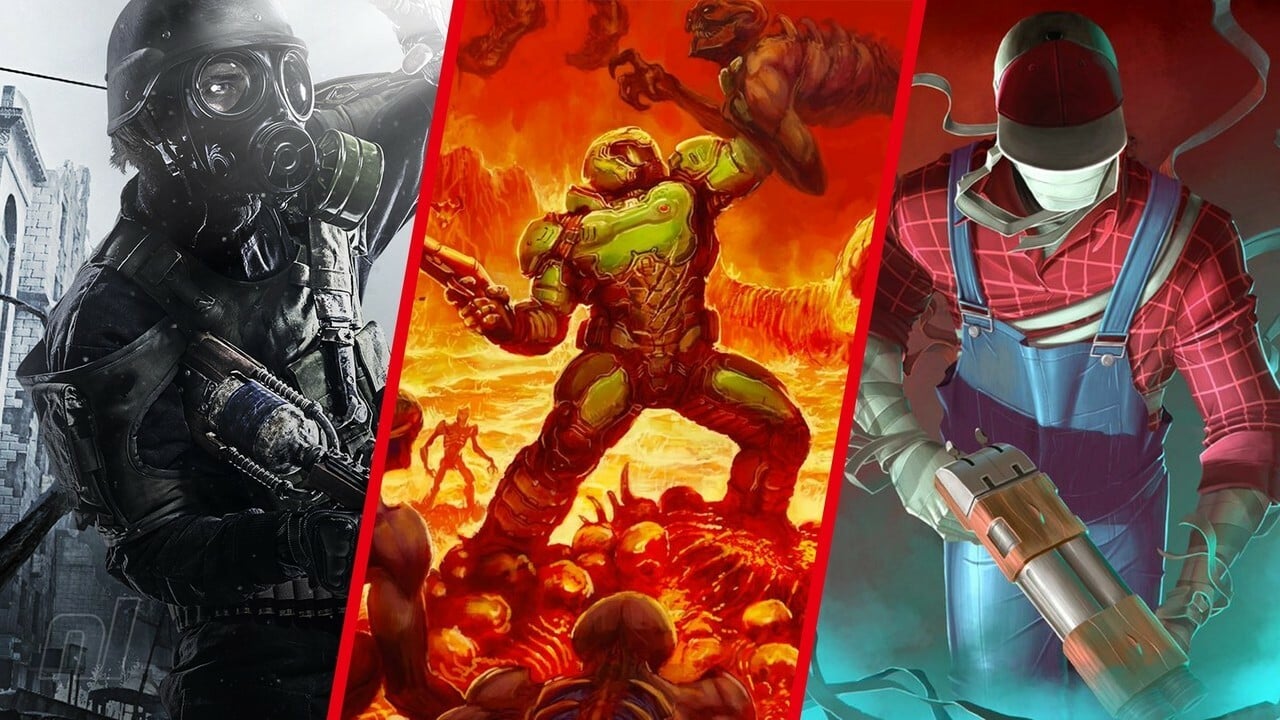 Nintendo Switch’s bulging catalogue of games covers practically every genre, and First-Person Shooters are no exception. It’s a welcome change because Nintendo systems have historically lagged a little behind other consoles in the FPS field despite hosting some classics. After all, GoldenEye 007 and Perfect Dark helped define the FPS on consoles, and the Metroid Prime series shifted the exploration of the 2D Metroids into a first-person perspective to great effect. Still, Nintendo consoles have often missed out on the best multiplatform shooters.

The success of Switch is changing all that, though, and we’ve seen a raft of FPS games arrive on the handheld hybrid. From remade classics to seemingly ‘impossible’ ports, there’s now plenty to chose from, and with Metroid Prime 4 lingering stubbornly over the horizon, there’s never been a better time to gear up like John Matrix, light a cigar and blast through the demonic hordes on your handheld.

So, saddle up, lock and load, and prepare for our selection of the best First-Person Shooters on Switch. Yippee-ki-yay!

DOOM, or ‘DOOM (2016)’ as it’s perhaps better known (although this actually arrived on Switch in 2017), is something of a wonder on Switch. It might not boast the framerate or visual fidelity of other console versions, but then again it’s tough to play your PS4 Pro on the bus. As well as the excellent campaign mode which brilliantly plays on the ridiculousness of the premise and Doomguy’s 2D character, DOOM’s multiplayer was also a pleasant surprise.

Developer Panic Button set an incredibly high bar with this ‘impossible’ port, and DOOM Eternal picks up where this one leaves off. If you only play one FPS on Switch, go to hell.

Please note that some external links on this page are affiliate links, which means if you click them and make a purchase we may receive a small percentage of the sale. Please read our FTC Disclosure for more information. 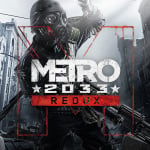 Metro 2033 Redux is a top-class first-person shooter/survival horror game, a breathless experience that’s been almost flawlessly ported to Switch by 4A Games. Artyom’s desperate, haunting voyage through the irradiated remains of Moscow is every bit as engaging today as it was when it first released back in 2010, and this Redux version benefits massively from overhauled AI, gameplay mechanics and visuals. In terms of first-person shooters or survival horror games on Nintendo’s console, this is one of the very best. 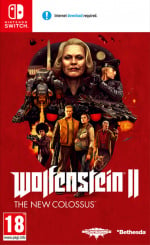 While its graphical downgrade on Switch is hard to miss, that doesn’t detract from the fact that Wolfenstein II: The New Colossus is the best narrative single-player FPS experience you can have on Switch right now. The lack of a multiplayer mode might grate (although that wasn’t present on other consoles either), but with its brilliantly-written story and intense action, this stands alongside DOOM as a blistering FPS campaign that feels close to ‘magical’ when played on Switch hardware. B.J.’s war against the Third Reich is one you definitely won’t want to miss. 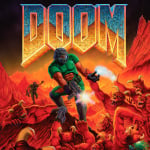 What is there to say about there original 1993 classic? Given that we’ve only had SNES and GBA versions before, this new Switch port of DOOM didn’t have to do much to be the best version ever released on a Nintendo system, but since launch it has had annoying DRM, a smattering of small technical hiccups and an irregular framerate completely eliminated. Consequently, this ranks alongside the very best versions of DOOM available anywhere. Purists may suggest that DOOM should be played on a keyboard but after a couple of minutes with this exquisite port, you’ll feel like it was made for a gamepad. If you’re looking to slay hordes of Hellspawn ’93-style and on the move, there’s no better way.

As a free-to-play game, Paladins: Champions of the Realm is an easy sell. As exciting, tense and rewarding as Overwatch, it brings the cross-platform hero shooter to a new platform without sacrificing the moreish gameplay tenants that’s made it such a hit with both casual and pro gamers. There’s a definitive learning curve for those looking to play competitively, but it’s nonetheless one of the console’s best multiplayer shooters. 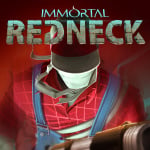 A couple of small visual and audio issues aside, Immortal Redneck is an absolute blast. By combining well-crafted room design with randomly generated maps and then giving the player the ability to smoothly run, leap and blast through them with all the grace of a shotgun-wielding swan while constantly upgrading their abilities, it offers a massively satisfying, foul-mouthed experience that’s likely to remain permanently installed on your Switch long after you’ve deleted other games to make space. 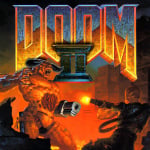 Much like the port of the first game, DOOM II on Switch delivers a solid rendition of a classic FPS with the audio and visual issues present when the game launched eliminated in a patch and elevating this to the status of ‘must-buy’. This sequel holds up just as well the original does, and its price is similarly reasonable: as a result, we naturally recommend this one just as much as its predecessor. This also includes the official user-created pack of Master Levels. 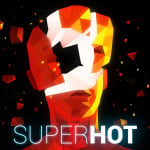 Superhot offers a first-person shooter experience unlike any other. The campaign is a brief stint, but upon completion you open up a whole wealth of new content, including an endless mode and challenge mode. This is some serious meat right here, as you can replay the entire campaign again, but with arbitrary limitations, including only being able to use a katana which, as you might expect, makes those enemies toting pistols and shotguns a mite more complex to take out. Over time you’ll slowly realise you’re pausing to think less and less, and you find yourself slipping into a groove which is hugely satisfying. Overall, Superhot is the most innovative shooter we’ve played in years.

Arriving thirteen years after it originally set about melting the PC of anyone who dared to try to play it, Crysis Remastered on Switch is a port that’s more impressive than anyone could have realistically expected. Performance for the most part is slick and smooth – albeit with a few dips and stutters here and there – while new lighting and global illumination techniques make this a fine-looking version of the game. The addition of gyro controls is just the cherry on top of an excellent job on the part of Saber Interactive. The gameplay here has aged surprisingly well, too, and rampaging across the sandbox of Lingshan taking out human and alien foes with your nano suit technology is just as much fun now as it was way back in 2007.

Pokemon Legends: Arceus Video Review
Call Of Duty Will Stay On PlayStation For Now, Bloomberg Reports
Random: Check Out This 1986 Choose-Your-Own-Adventure Book Where You Play As Zelda
One of the best PS5 features is now on Xbox Series X – and you really need to turn it on
Review: Eschatos – A Boldly Unique And Historical Shmup Package